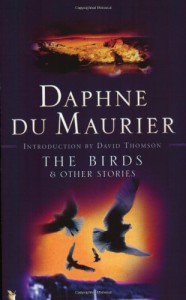 There are six stories in this volume and they all work on that eerie maybe-normal-maybe-fantastical/grothesque/horror line.

The Birds is excellent at suspense and the daily made unnerving. And it leaves you there.

Monte Veritá reads almost like one of those non-Cthulthu's Lovecraftian tales. I really like the beginning, and the maybe-magical-maybe-mundane and expansive tone. The thing is, though, that much like in Lovecraft's writings, I had issues... I don't know, it was not... It felt like it was written by a man trying to be fair-for-his time but still...

The Apple Tree was a perfectly done unreliable narrator. He makes you despise the dead woman, but at the same time, you can read between the lines his own "polite" chauvinism, and so you feel for her. And then the layers peel, and oh my. Another that treads the line between the real and the fantastical for disquiet, and it's a gruesome poison study that you can see coming and still...

The Little Photographer ... Well, talking about poison-study. Ennui does not make good councilors. A bit of tragedy with some karma.

Kiss Me Again, Stranger was the eerie of prototype modern goths with some sauce.

The Old Man is interesting because you don't question it.